Did you learn science in primary school?

Yes, we all have science lessons in China, in primary school. We learn the basics of how the planet earth works, abit of physics and geography, a bit of biology and chemistry.

Things like this.In fact, I really liked studying science, I found it exciting to gain an understanding how things worked, like why wheels move around, and how the water in a bathtub spins around in one direction as it goes down the plug hole, or why water boils at less than 100 degrees C when on top of a very high mountain!

I love all these little scientific facts and learning the reasons behind why things do what they do !

I think it’s also very good for children – it teaches them cause and effect logic as well, which is a useful mental skills that beused in other studies as well.

Do students still learn science when they are in high school?

Yes, sure, but in high school you can choose subjects so you choose usually one or two science subjects.

I was never very good at maths so I chose biology only. But some students who want to go onto study science or science-related subjects choose two or three science subjects in high school.

So, yes, students do still learn science but they have a certain element of choice as to which subjects to choose to continue to study at high school level.

Is there any technology that you think is helpful in daily life?

Sure, computers, smartphones… these are the main types of technology that are most widely used today. In fact, they are indispensable – we couldn’t live our daily lives or work without them.

They are not just ‘helpful’, but in many cases they are absolutely necessary to communicate and get work done, and even complete financial transactions and all sorts of stuff.

So, there was a time, maybe over ten years ago now, when information technology helped us do things, yes, but now, this kind of technology is absolutely essential for us to getal most everything done!

Do you think science classes are important?

Science teaches us about our planet,about the basic laws of nature, and science forms the basis of how we construct things, how we build human society, how we understand the natural world, how we develop medicine and medical technology… everything is rooted in science to some extent. So, science is indispensable to human development.

Haha, I remember quite a few situations in which I was not permitted to use a mobile phone, but the last time was in hospital a few weeks ago.

I had to have my elbow X-rayed because I had fallen over on an incredibly slippery floor tile outside after it had snowed one morning.

Initially, I didn’t think I’d done much harm – it hurt a little bit, and after about 24hours a dark bruise appeared, but I didn’t think it was anything too serious,so I didn’t go to the doctors or the hospital.

Although the bruise had gone away after a few days,the aching feeling in the armcontinued, as well as a swelling under the skin at the point of the elbow.

So, that’s the reason I decided,eventually, perhaps a bit too late, that I should go to the local hospital fora proper check.

The doctor said it seemed possible that I had fractured the elbow, and ordered me totake an X-ray.

Well, when you go into the X-ray room you are not allowed tocarry your mobile phone for safety reasons- something related to the radiationthat comes from the X-ray machine.

You have to leave your phone outside of theroom. I was in there for about 30 minutes. So, during that time I was not allowed to carry my phone.

I didn’t really mind not having my phone with me tobe honest – it’s quite nice to be relieved from it - relieved from feeling obliged to read and respond to messages from friends and colleagues.

Another recent occasion was when I did my speaking examination. Like the one I’m doing now!

It was about a month ago.All the candidates had to leave their phones with the IELTS supervisor and security personnel before going into the waiting room and signing in to the test centre.

This is for security reasons - to make sure candidates don’t take audio recordings of the speaking tests, or so that their phones don’t go offand disturb the test.

So, most reasons we are not allowed to use our phones are in situations when there is a security or safety concern.

In what occasions people are not allowed to speak loudly?

There are a number of situations in which people are not allowed to speak loudly. The main one that comes to mind is in an examination.

In China education is pretty serious and so we can not make a sound during examinations in the examination room, and there are invigilators, people who walk around the room and make sure that we are not making a noise or cheating or doing anything apart from focusing on the examination we are doing.

We have to raise our hand to attract the attention of the invigilator to ask if we want to use the bathroom, or want more paper or a new pen or something like this.

However, this is a situation, in actual fact, where we are only allowed to speak if you want to ask for something from the invigilator.

There are other occasions I can think of too – like in musical performances,especially western classic music in a theatre or opera house or concert hall –you can’t really speak loudly in such places, but you can sometimes whisper into the ear of the person you want to speak to.

This is the same, pretty much,if you’re in a cinema too, and if you are in a library.

Do you think people have become more or less polite today compared with the past?

I think people are becoming increasingly polite these days compared to the past. At least in public they are - you know,like situations when you have to queue for something, in a train station,airport or hospital.

In the past people used to push and shove and try to jump the queue in these situations quite a lot, but today I have noticed this happens much less than it used to.

I think it is because people are educated better these days in these kind of public manners.

In other ways, I think people might be less polite than in the past – for example, I think young people are more rude to their parents than they used to be and perhaps do not always respect their elders in the way they used to.

So, I guess it depends in which ways we are talking about, as to whether people have become more or less polite in recent years.

What would be the most appropriate age for people to own a mobile phone?

I think that children shouldn’t have mobile phones actually. I think that maybe age 15 or 16 is an acceptable age, mid-teenyears.

I think that phones can be a massive distraction and already many adults are too addicted to playing with their phones and paying constant attention to their phones.

I don’t think thisis good, and I think it’s actually quite rude. So, I think that young people should be discouraged from having a mobile phone until they are well into their teenage years.

Do you think it is necessary to have a law or regulation for using mobile phone?

I’m not sure about this. In certain places, of course you cannot use your mobile phone，like on aeroplanes, and in certain areas of hospitals, government buildings, and of course in examinations.

But apart from these regulations I do not think there needs to be any laws about how and when we use mobile phones. 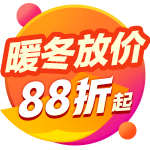