The diagram below shows the process by which bricks are manufactured for the building industry. 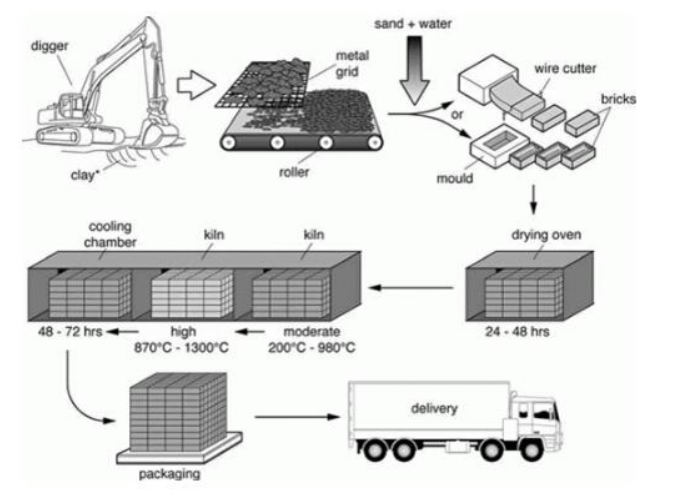 The process diagram illustrates the steps involved in the production of bricks that are normally utilized in constructing various structures like houses and buildings. The entire process mainly consists of four different steps.

First of all, the soft clay is dug from the ground with the help of a manually operated digger. This clay is then sifted through a metal grid onto a roller to get rid of rocks and debris. After that, water and sand is mixed with clay, and bricks are formed by placing the mixture in molds or by cutting them with a wire cutter. Next, the bricks are dried in an oven for 24-48 hours, before baking them in a kiln, first at moderate temperature of 200-980C followed by extremely high temperature of 870-1300C. They are further cooled for 48-72 hours in the cooling chamber, and are later packed and loaded in trucks, thus, preparing them for delivery to different places.